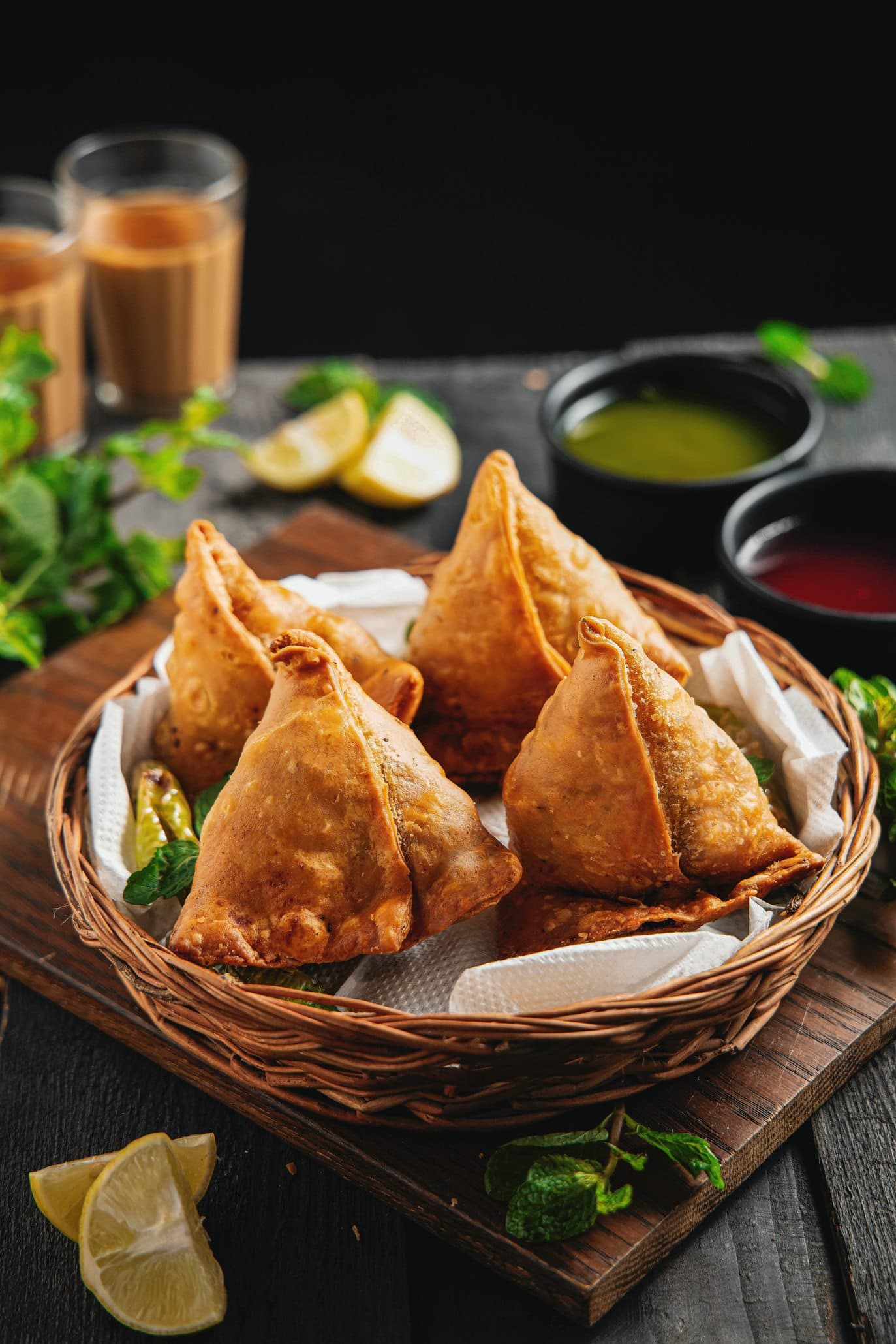 September 5th is World Samosa Day but we revel in its universality no matter what time of year it is.

Crispy, savory, and an incredibly simple snack to prepare, samosas are found in nearly every roadside food vendor, movie theater, or restaurant around the Indian subcontinent; going by many names and enveloping any combination of area-specific ingredients available.

There are a surprising number of regional varieties one may try when visiting this fascinatingly diverse part of the world! Small or large; baked or fried; vegetarian, sweet, or savory – there is a samosa out there just waiting to satisfy whatever craving you have.

While the triangular shape and overall flaky texture are a constant, with only subtle changes to the pastry, what’s inside is what begins to tell the complex story of that particular area. Around India, samosas are often filled with mashed or diced, cooked potato with vegetables and spices, then deep-fried in ghee or oil to achieve a golden brown, crunchy crust.

Served hot with a side of fresh chutney and cup of steamy chai tea, these delectable pastries can be vegetarian or meaty; a sweet version with fruits and mawa (also called khoya, a sweet milk-cheese) is dipped in a sugar-syrup before serving. Visit Ahmedabad for spicy minced meat samosa, called lukhmi; Bihar for a ginger-seasoned potato version; or around eastern Indian regions for smaller potato, nut, and raisin-filled shigaras.

What we know of as the samosa today – a staple Indian snack or appetizer – is not actually of Indian origin, but Middle Eastern or Central Asian!

A medieval Persian poem mentions the earliest form of the samosa – sanbusaj – as far back as the 10th century but it truly gained its cultural significance following a 13th century reference to its recipe in an Arabic cookbook.

Traveling Central Asian merchants, and their saddle bags of these mince-filled pastries, are credited to have carried the dish along the silk route or Indian coast through its influenced regions to its claimed home of India.

Samsa officially debuted on Indian soil in the 1300s, so named after its shape resembling the pyramids of Central Asia, and featured ingredients like ghee, onion, and meat.

In Bangladesh, shingaras can incorporate beef liver as a popular addition in some parts of the country with the usual ingredients. Pakistani versions can include minced meat and vegetables as a prevalent iftaar food for families celebrating Ramadan. It is a dish well associated with regional holy meals spent with loved ones. Around the Middle East, crescent-shaped versions of sambousek are stuffed with meat, onion, cheese, or pine nuts.

Portuguese-majority speaking countries such as Brazil, Portugal, and Goa, India also have a similar meat-filled pastry to samosa, called chamuças or pastéis, respectively. Chickpeas replaced potatoes in the Israeli version, and Moroccans added peas to their filling.

In regions like North America, the UK, and Australia, frozen samosas are becoming more available in grocery stores with some variations to the dough. 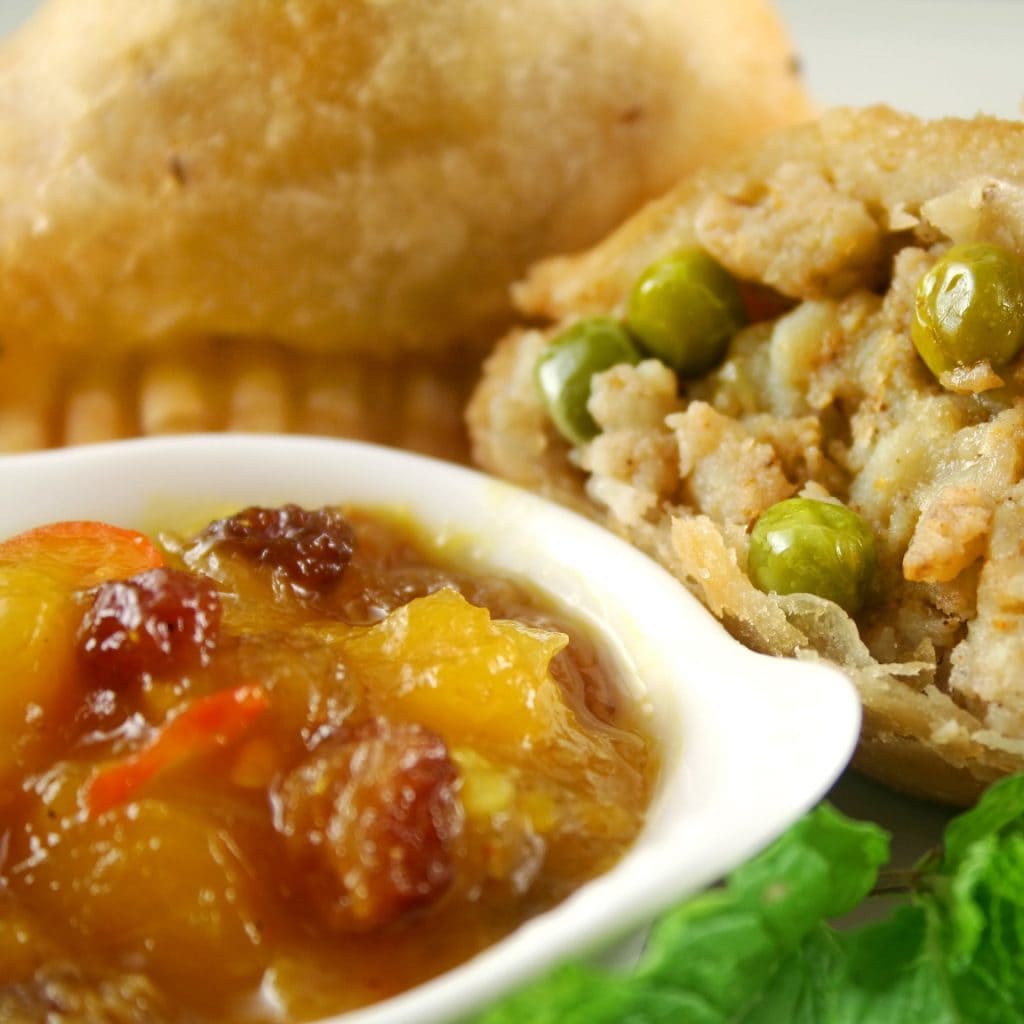 Spices, one or all:

In a small POT, add 1 tbsp oil and fry onions over medium heat until they turn translucent, stirring occasionally.
Add ginger and garlic and continue for 1 minute.

Cook over low heat for about 20 minutes, stirring occasionally.